From camper to the NFL: a story of remission 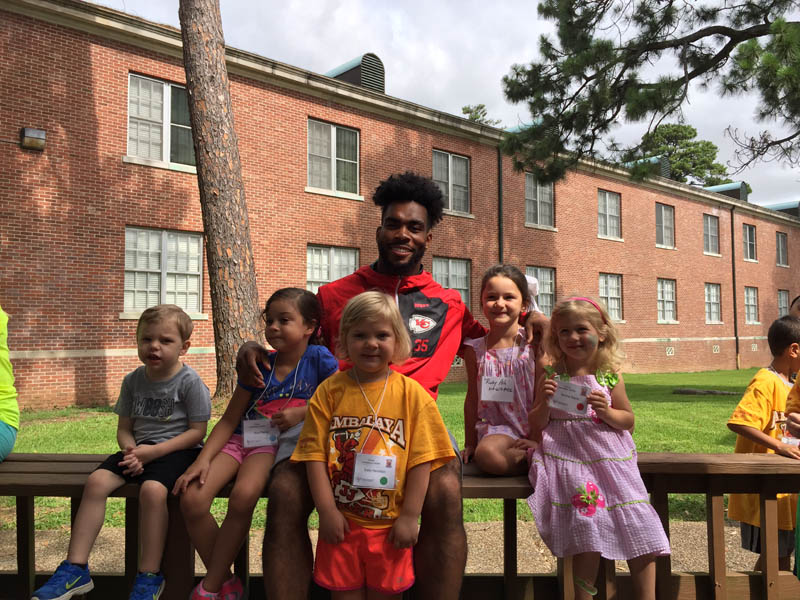 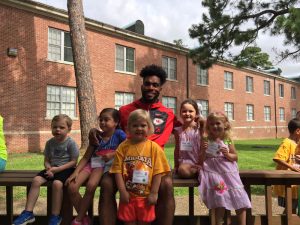 Charcanderick West was diagnosed with Systemic Juvenile Arthritis at age 14. Despite periodic fevers, rashes and arthritis involving most of the joints in his arms and legs, he responded promptly to a biological agent. Dr. Pressly monitored him for many years and witnessed as his arthritis went into remission.

West went back to playing football and averaged 10.5 yards per carry. He has been clocked at 4.2 seconds in the 40. He played at Abilene Christian University and walked onto the Kansas City Chiefs, where he played for NFL.

West has been a wonderful advocate for Juvenile Arthritis encouraging children at the Jambalaya Jubilee, Scottish Rite Hospital, Shriners Hospital, and the University of Kansas Children’s Hospital. West is shown here with campers in 2017.